Skip to content
By Mary Hinckley
We experimented with broccoli and cauliflower this year, the
purpose of the experiment was to find out where they grew best. The seeds were
started very early, and ready to be transplanted before the ground was outside,
so most of the plants went into the greenhouse first.  We kept some indoors until the ground was
warm enough to transplant. Last year both broccoli and cauliflower grew quite
well in our greenhouse, but this year we insulated it and thought that could
make a difference. 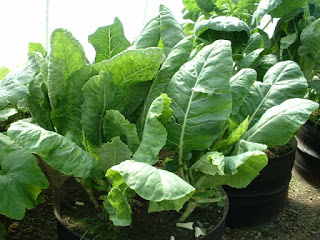 Both species seemed to like their new digs and it was a good
place for them during the cool spring. By early May when we were able to plant
outside, the greenhouse plants were well established and happy. We covered the
outside plants with hooped plastic during the nights for about 3 weeks to
ensure protection from frost. They grew slower than their greenhouse
counterparts did, but stayed healthy and held their own. 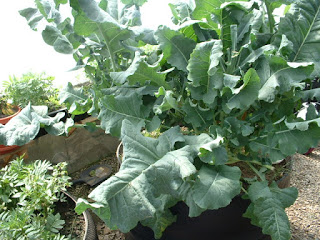 By early June when we took the outside covers off for good,
we’d already harvested broccoli from the greenhouse and side shoots were
growing. The broccoli head seemed small, though, and not tight like the package
had indicated. The side shoots were very relaxed as well.  Another broccoli plant began to develop a
head, but it turned mushy and rotted right on the stalk, making me think the
conditions were too warm and humid. The few side shoots from that plant were
all right, but I’d already determined that the greenhouse was not the place for
broccoli. The cauliflower hadn’t begun to head yet, but the leaves grew
straight up and almost freakishly large. I decided that the greenhouse wasn’t
ideal for growing that, either, because the heads that did soon develop were
small and thin. We removed the plants by mid June, and though both species
produced, the size and abundance of leaves largely eclipsed their vegetation. 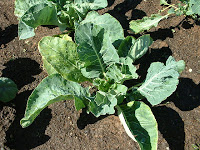 Outside, the plants looked normal and the broccoli that was
heading up looked good. It seems the variety I chose, Calabrese Sprouting,
never grows really tight heads, but outside they were firming up nicely. As
well, the outside cauliflower grew larger and more compact heads than those in
the greenhouse. 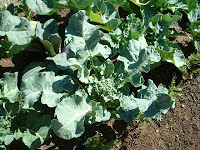 In conclusion, we determined the best place to grow broccoli
and cauliflower is outside. The plants are happier and more relaxed there. The
leaves of both species spread out instead of up like the plants in the
greenhouse and look more like the broccoli and cauliflower ought to.  More importantly, outside plants produce
better produce; the heads grown on outside plants of both species are bigger,
firmer and tighter than the ones grown in the greenhouse. The greenhouse
afforded us an early harvest, but an inferior one. The results of our Broccoli
and Cauliflower experiment prove to us that the higher quality of the later
outside harvest is worth the wait.
For more information on Recommended Varieties for Interior Alaska, check out this Cooperative Extension Publication!
https://www.uaf.edu/wp-content/uploads/sites/541/ces/publications-db/catalog/anr/HGA-00030.pdf