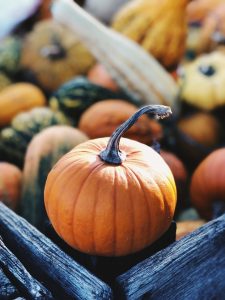 Fall has always been a nostalgic time of year for me, and, of course, a busy time, too. Fall evokes memories of the beautiful times past and of great growing seasons, great harvests and great farming people. The chill comes back into the air, the sun overhead starts to feel warm and friendly instead of uncomfortably hot and bothersome, the wind tickles the trees and causes their golden colored leaves to undulate, the biting insects begin to go away, a light dusting of new snow gently falls up on the mountain and then a sense of urgency hits to finish up and prepare for winter. Yes, fall is here.

One of the things I like to do in the fall is pause for just a few minutes and order a good book to read for the winter — or at least think about which book from my library that I’d like to reread. This year I’m thinking about rereading a book titled, “The Encyclopedia of Country Living”, by Carla Emery. 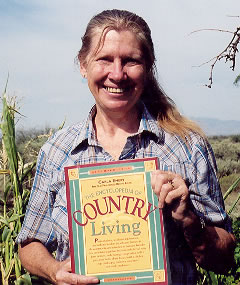 “Carla Emery grew up on a sheep ranch in Montana and was educated at Columbia University. In the early 1970’s she settled on a farm in Northern Idaho, where she wrote the first edition of the Encyclopedia of Country Living. Originally produced on a mimeograph machine in her living room, this book launched its author to the forefront of the back-to-the-land movement. She remained a tireless advocate of self-sufficiency and environmental stewardship until her death in 2005”.

Firstly, I like the fact that Carla was well educated. Her education helped her to organize her thoughts, critically think and then solve problems. She was able to author, edit, produce and self-publish a book during a time in which it was not easy to do so.

Secondly, although I never met her, I just couldn’t help but to like and admire Carla as a person who would educate herself at an Ivy League University; and then move out into the middle of nowhere to raise a family and live off the land. From what I’ve read, it wasn’t an easy life.

Thirdly, and importantly, I like the content in “The Encyclopedia of Country Living”. Is it perfect? No, of course not. And I’ve never read any book inspired my man that I’ve considered perfect. Is some of the material dated? Yes. Carla died in Odessa, Texas. The year of her death was 2005. So, obviously, the book is dated. And as such, keep your salt shaker handy, because reading dated material should always be done with a grain of salt, if you know what I mean. But just because the book is dated doesn’t mean that it’s not worth reading. It is.

Lastly, it should be noted that “The Encyclopedia of Country Living” is not just a book on gardening. It’s a comprehensive book. It’s the complete package for its time, a different time, a very nostalgic time, indeed.

Finally: A link to what some others think of the book: