As the zombie apocalypse known as COVID-19 recedes into a not so distant and unpleasant memory, we make our way into spring and early summer. This year, I am armed with a modified toolkit due to the Alaska Master Gardener Online Course last fall. So, how have things gone so far?

I had several goals this spring in no particular order. These include

Some of these worked out better than others, and as with all plans, no plan survives first contact with reality intact.   Here’s where we stand today: 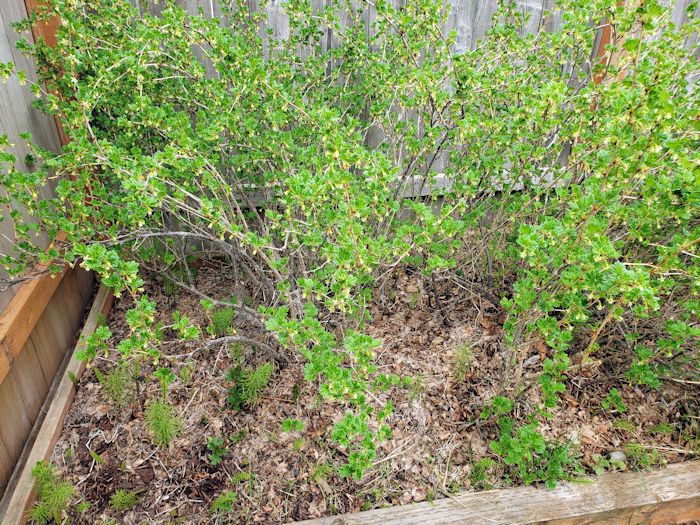 Pruning is one of the things I wasn’t doing in 15 years of living at this address and setting up a garden over the years.   And the plants took complete advantage of it. The pruning module in the Course was an introduction into what I viewed as a black art. I supplemented the course material (which included videos) with multiple additional YouTube videos of various gardeners pruning their bushes and trees. The good news is that I haven’t killed anything yet (that I know of).

Right after breakup, while the soil was still frozen, I spent about a week pruning the gooseberries. Per the instructions, I concentrated on suckers and branches that cross. Add to this removing the low branches that rooted themselves and perhaps 90% of the pruning was complete. Instructions recommend not removing more than a third of the plant per pruning pass per year. I did a bit more than that. But the results are a nice visible improvement.

Next big project was the blueberries. I concentrated on removing the bottom ring of branches from each plant. These had been overgrown by rings of branches above them. I probably have more to do with these, but at least that project is started for this year.

The worst has been the black currants, which never went vertical. They are 2-3’ tall but the branches spread out horizontally along the ground for a little way before going vertical. I still have a number of dead branches to remove.

My raspberries were a bramble, and my only pruning was to remove the dead canes each spring. I also experimented with cutting them all down to 4’ high early on. This was a mistake as it removed my indicator of a dead cane — which was remains of berries on the upper parts of the canes. Sigh, live and learn. Still working on these. This time of year, my sign will be lack of new leaves trying to grow.

I also made a pruning pass on my birch trees, removing branches along the first few feet of the trunk. I did the same thing on blue spruce trees in the front yard, mostly so I can get the mower under them easily. 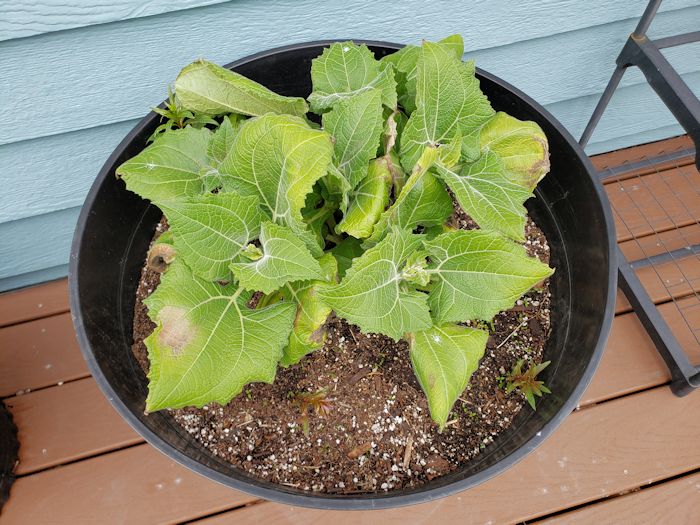 This was the second year in the last 6-7 that I was able to successfully restart growth of stored yacon corms. I’m still trying to figure out what I did differently. I believe it was leaving them in the crawlspace a few more weeks before bringing them out. My experience with this technique is that there will always be some growth over the winter; when these guys want to go they GO! The key this year was planting the corm clumps and blasting them under indoor grow lights for 6 weeks or so before moving them out into the greenhouse.

Once things warmed up sufficiently, I planted four of the clumps in one of our raised beds and one in a large container on the back deck. The four clumps in the raised bed look very happy and should produce nicely this summer. The clump on the back deck has a few crispy leaves. We are thinking it was initially a little too hot on the deck. I plan on keeping it well watered and seeing what happens. 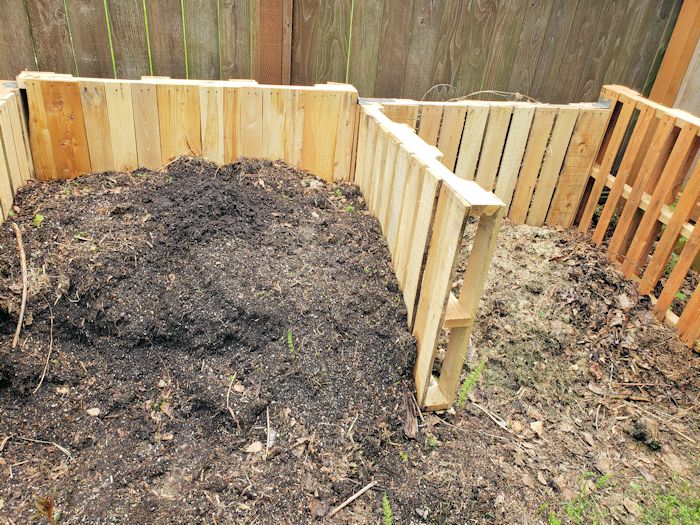 In previous years, we had done all our planting in mulch from the compost bin and the worm farm. Plants for the most part seemed happy, though squash and zucchini were decidedly not. In the Course, the module on soils recommended going with thirds for planting – compost, soil and sand, which became the new goal.

We have a pair of bins in the yard, one for compost and one for new material getting composted. I add organic matter, mainly leaves and grass clippings and manufacture new compost over the course of the summer. I mix it with the existing compost and soil from various pots and containers in September and leave it over the winter. The pile normally takes well into June to fully thaw.

The plan was to install a third bin for soils and bring in a yard or two to fill that bin with. As it turned out, the local nursery I was planning on getting that soil from sells it in various quantities, so to start with, I purchased 5-gallon buckets full of soil and mixed it with compost for planting. I observed that the dry soil appeared to have a large percentage of sand in it and decided against bringing additional sand into the mix. As it turned out, 5-gallon buckets of this soil are enough for our purposes, though you do need to bring your own buckets.

On a physical basis, the soil / compost mixture is much heavier (likely denser) than the compost only.

The other project I ended up with was replacing the pallets I built the bins from. It turns out this was a good decision, as the bottom six inches of each pallet had rotted (cedar does rot over time) and was no longer structurally stable. Local Lowes has a discard pile with smaller pallets that they give away, though I would strongly recommend asking first. 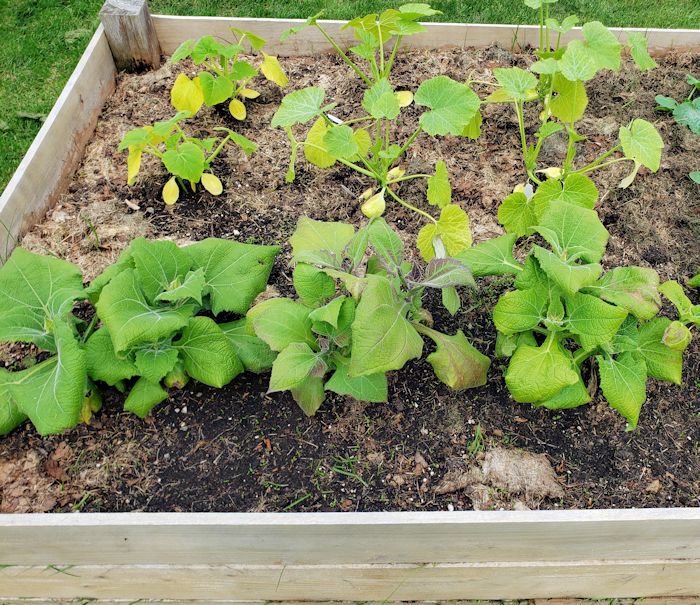 The crop rotation piece I did last spring had a notional map that I had every intention of following. I didn’t, at least part of it, in planting carrots, radishes and bunched onions in one of the beds, blowing 40% of the plan.

But the remainder of the leafy vegetables went in as planned, as did the yacon.

Planting went quickly here in Anchorage once the nurseries started to open, and there was (and still is ongoing) a run on literally everything. Seed potatoes went very quickly and are mostly gone here in town. Dill came and went quickly.

This phenomenon is not confined to Alaskan gardeners, as many suppliers in the Lower 48 are out of normal supplies.   Starting sponge inserts for Aerogardens are on backorder from both Aerogarden and Amazon. My yacon suppliers for live plants were also out very early.

One of the things we have been using gardening for years are nitrile exam gloves normally available from Costco.   Those are all gone and have been for at least a month. They were sold at about $20 for a two-box set of 400 individual gloves. Over the years, we’ve come to use them for other things, so they are valuable at least to the things we do. I don’t know when they will start showing back up again in the stores.

I expect they were viewed as personal protective equipment (PPE) for use in defending against viral infections. While nitrile exam gloves are still available on Amazon, expect any order to take a long time to get filled.

One thought on “Southcentral Gardening Thoughts Amid COVID-19 Reopening”