Lessons in the garden for the teacher

After the hustle and bustle of a school year, I often find myself in the garden unwinding and thinking about all that happened and how to make things better for next year. Many times I’ve found myself framing gardening techniques within the context of teaching practices as a best method for positive outcomes both in the garden and the classroom. 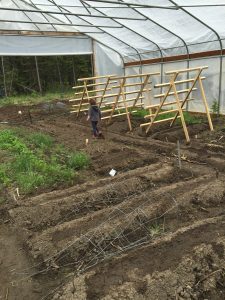 The results are never in early, but the work is showing.

For context, my garden is located eight miles north of the Arctic Circle, in a fly-in only community which doubles the cost of any outside materials for production. The same is obviously true for our school, which has far fewer resources than a comparatively sized institution only 150 miles away in Fairbanks.Â  With each walk in my garden I began to think of metaphors for teaching, for education, and quietly laid down among the carrots and potatoes the garden itself became a metaphor. So, the question quickly became how can I get my garden to produce to its potential with what I have locally?

I noticed something right away when I started to garden. Plants in poor soil don’t grow well. Cabbages that are too crowded will compete with each other and keep each other small rather than complement each other and grow to their true potential. Peas will topple over after not too long, if they don’t have scaffolding. Tomatoes need to have the correct conditions to grow. Potatoes can grow in any fashion you please, but it’s much easier to tend and hoe a large number of them if they are in orderly rows. Weeds only appear in this field of practice, when there hasn’t been enough practicing. There have been many times that things that pop up in the garden as weeds have their own special usage too, and if they aren’t disturbing the other plants they can often be kept around until they can be used. Â I rarely have ever come across a bad seed that wouldn’t grow. When I’ve had problems in the garden it’s almost always because of the gardener. 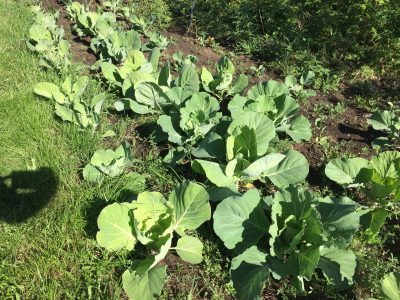 Even a cabbage patch can give new ideas and reflection about teaching.

Before any seeds go into the garden there is a lot of work taking place. The soil is tested. I make sure that there are the right blend of nutrients and so forth on hand as amendments to correct any deficiencies. It’s too expensive to fly in potassium from somewhere else, so what do I have locally? Potash, its free, abundant, and is considered ‘waste material’ by everyone else. Ash from the stove serves the purpose. Nitrogen is too low? Well, no one wants fish guts, and two minutes in the blender later they dissolve instantly and without smell in the soil without far greater results than shipped in varieties. Soil is too alkaline? Sawdust from acidic spruce trees fixes that. I began to notice that I might not have resources “out of the boxâ€, but what I did have was higher quality resources that are locally available and are currently not being utilized. Is teaching in any rural place much different? When the conditions are right students will grow, when the gardener is in the garden is it not all within the Zone of Proximal Development? A gardener can no more spend time at one end of a garden talking and expect results than a teacher could, both must walk the land working with each plant, giving each one some attention. Some plants require more attention than others, I am looking at you tomatoes, but the rewards are often proportionate to the time spent. 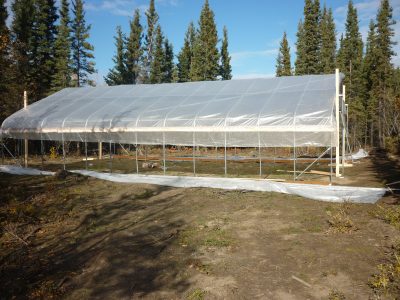 Some soils, just like some classrooms, take more effort to get them to produce!

I never plant the same thing year after year. Every year is an experiment. Every year I refine and trial new plants, every year I think “Ah, if I add this rare heirloom seed here then perhaps we’ll have a garden with more variety, one more people will enjoy.â€ 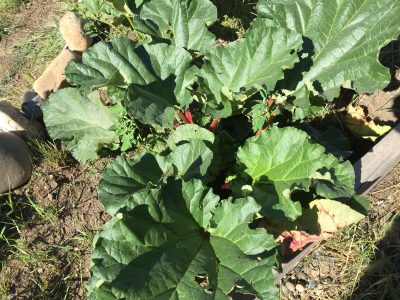 Even good old rhubarb can be new to someone.

There is never a moment that a teacher isn’t a teacher looking for new things to bring to the classroom, just as a gardener is always looking to improve the situation. I look at all of plant life through the lens of an old story I once heard though: There was once a student, he was attending the first medical school the world has ever known in ancient Mesopotomia, and he was told at the completion of his studies “Go forth and find us a plant that has no medicinal usage and you will graduate and become a doctor.â€ And so he set forth thinking that this would be an easy task and he would be home soon to graduate. He roamed far and wide across the land. Days turned to weeks, weeks to months and then a year became two. Finally he returned. He said “Teacher, I have traveled far to the seas in the east and the west. I have seen many far lands. But I have failed you. I failed to find this plant that has no medicinal purpose.â€ The old teacher looked at him and said “Ah, but now you see, now you are a doctor.â€ And as every plant in the garden that grows has a purpose and should be respected so does every plant that grows without. 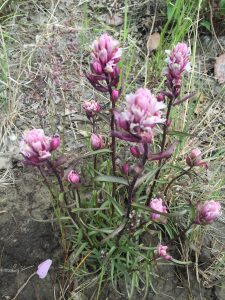 Sometimes plants found far afield can be brought home and added to an ethnobotany section of your garden.

There are many lessons that can be taught in the garden obviously, but perhaps beginning with the ethnobotany of the indigenous people of the area is the place to begin.Â  What can be more rewarding than having a student return on the final assignment and realize that every plant is medicinal? There are many, many challenges in just being a teacher, sometimes that teacher needs to look back over all of the rows and just appreciate what they’ve done, how everything has been set in motion and is thriving because of their careful planning. 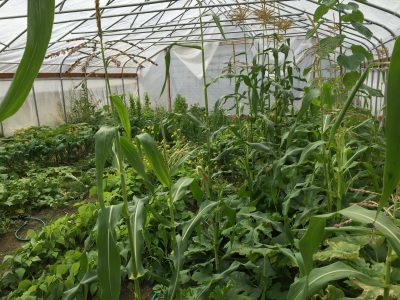 Thriving garden, even corn can grow north of the Arctic Circle if it is given the right care.

One thought on “Lessons in the garden for the teacher”